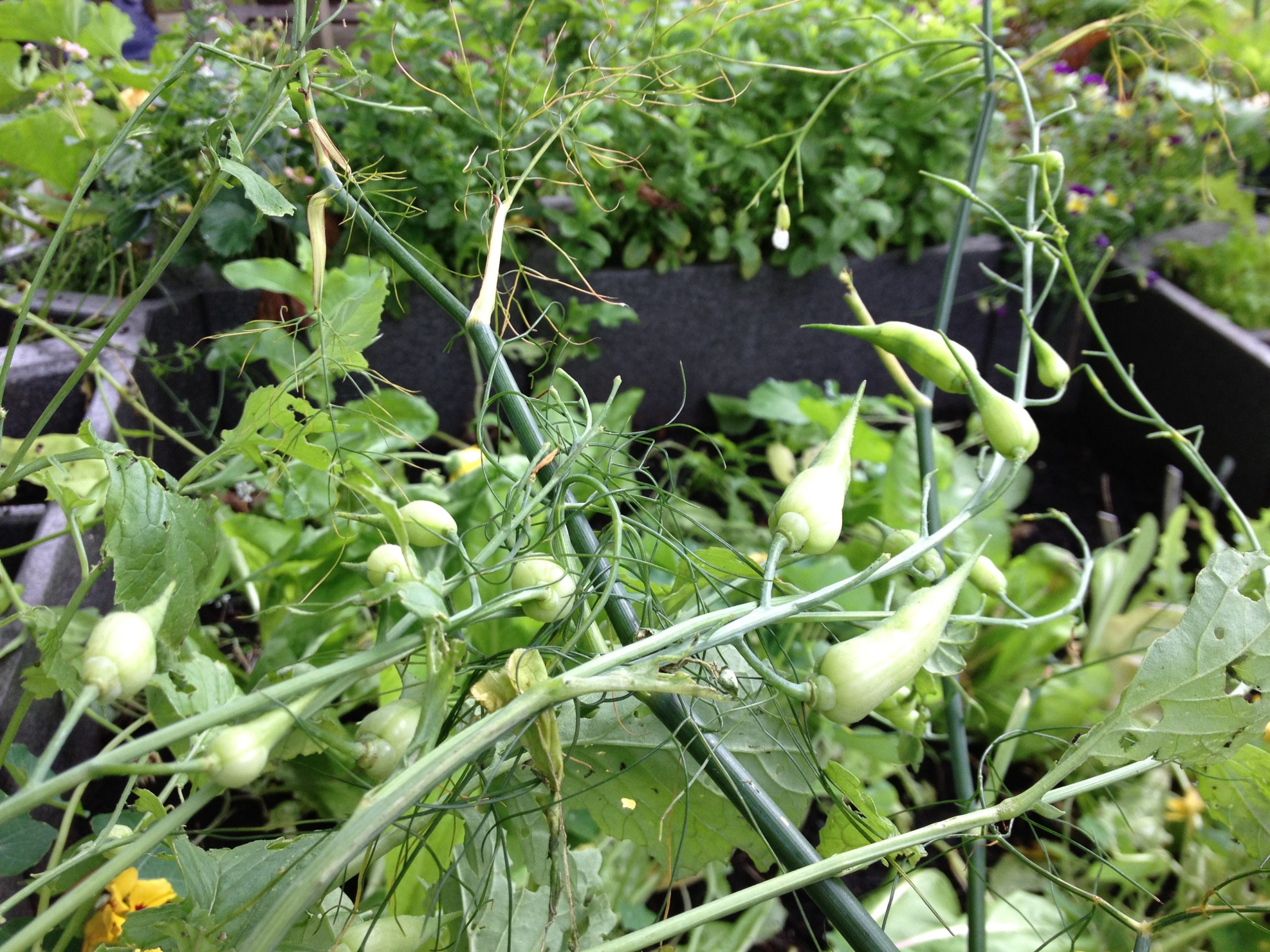 This week we have been busy clearing out all the old season’s salad and herbs.  We have been struggling to identify what a couple of rather overgrown plants were.

But, after much consultation with our neighbours we have come to the conclusion that they were a form of radish, which we had indeed planted.

Unbeknown to us though, it is the seed pods of these radish which are eaten, apparently as a snack with a beer.  They are even called Munchen bier radish!  We’ll be sampling them and will let you know how they taste!

New soil has been put down and we have planted Winter spinach, as well as some more salad leaves.  We are hoping for a mild autumn so that the crops will keep coming!  Unfortunately the east winds at the start of the season blew all the blossom off the apple tree, so there will be no homegrown apple crumble or chutney this autumn!

This is a demo store for testing purposes — no orders shall be fulfilled. Dismiss